Created a mobile game app to improve dental hygiene for children with braces.

researcher and UI designer in a team of 4 designers.

The prototype was selected to be presented to dental professors at UCLA as a possible project to pursue and develop for research purposes.

We wanted to design a mobile app that leverages a sensor-enabled electric toothbrush to engage children with the demanding brushing routine throughout their active treatment period. 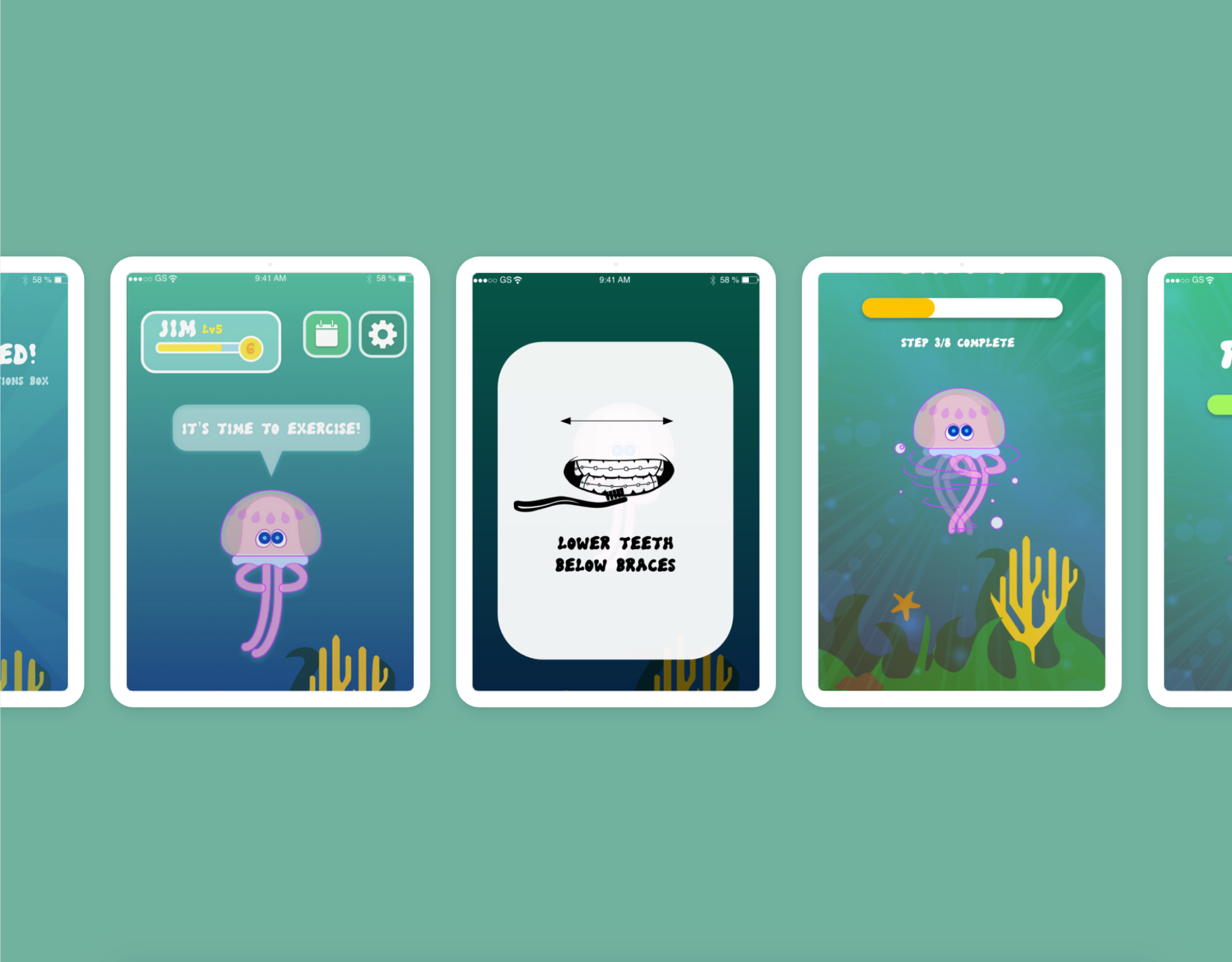 We started off with user interviews right away. We knew that the primary users of the app would be children. Secondary was parents. And tertiary was orthodontist. I was in charge of doing interviews with orthodontists.

Our discovery after interviews: The crucial features of a good app include visibility of user’s status, customizability, positive motivation strategies, educational properties, usability and aesthetics. For patients with orthodontic appliances, dental hygiene is a lot more complicated because spots are difficult to reach when brushing, especially for children. 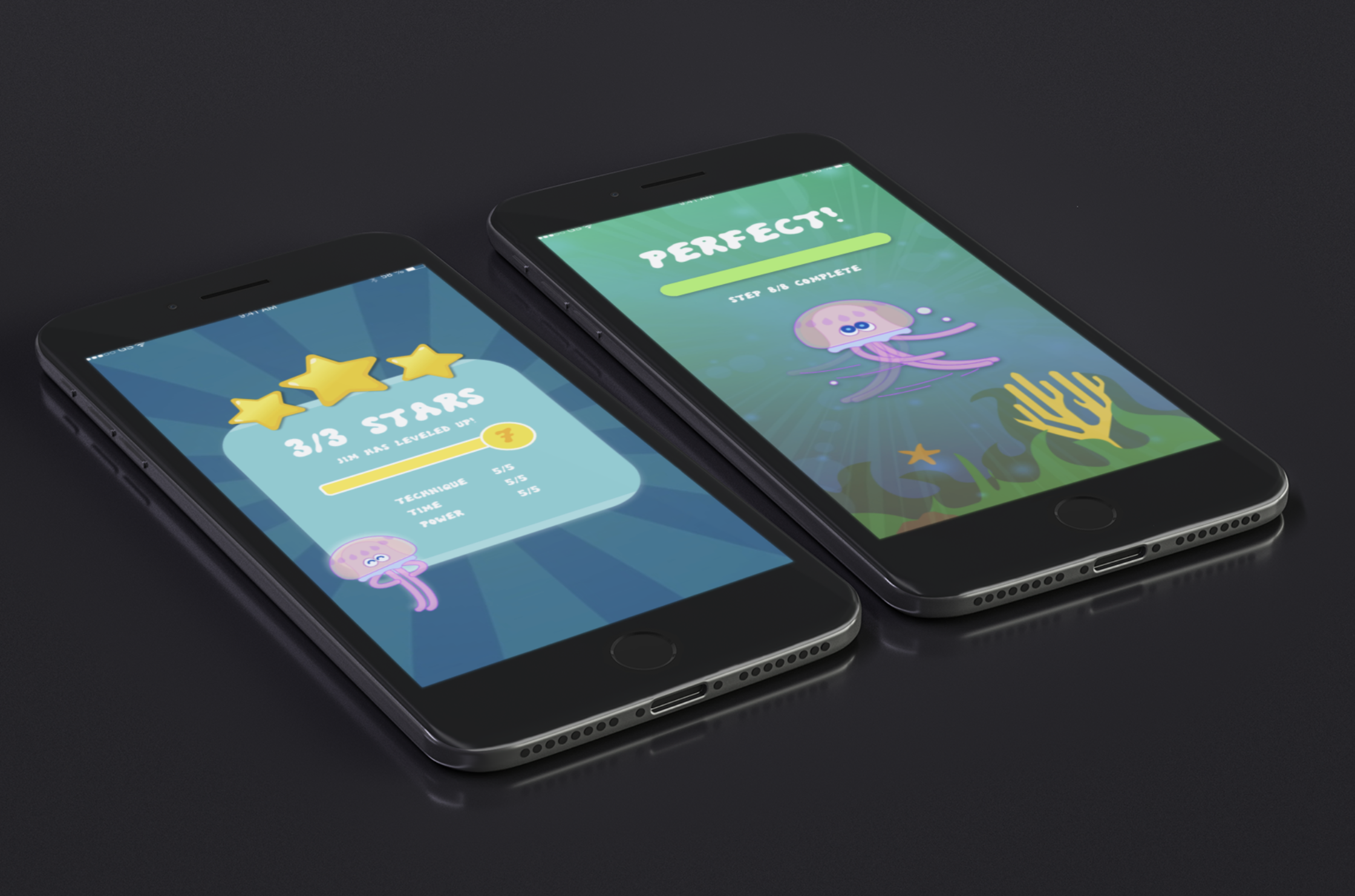 Each member of the team interviewed a different group of people. I wrote up questions and interviewed the orthodontist. We decided to create a mobile game because we discovered that most children (target audience: age 5-13), use their parents/their own phones to play games. Meanwhile, parents and orthodontists find it difficult to make children accurately rush their teeth everyday. 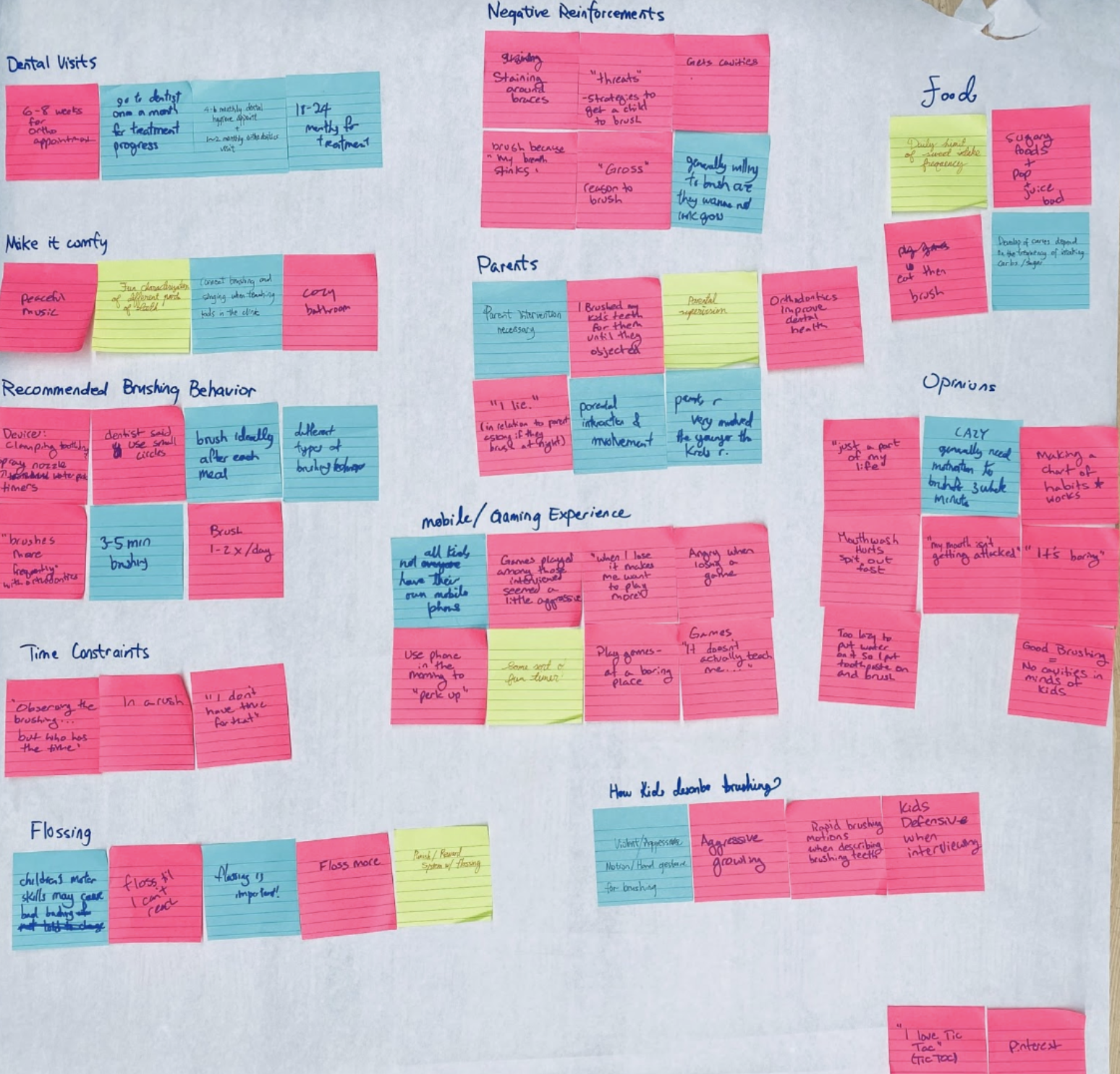 We generated a wide range of concepts. Some ideas focused more on educational activities, including relating teeth brushing to biology or learning about archeology. Others were designed to care for a pet. These concepts aimed to focus the act of teeth brushing towards completing a challenge or activity in the game. The app was also meant to strengthen brushing patterns taught by an orthodontist.

My sketches are the top two illustrations, which was later selected to be used for our storyboard presentation. I put the lofi prototype together while my teammates created components 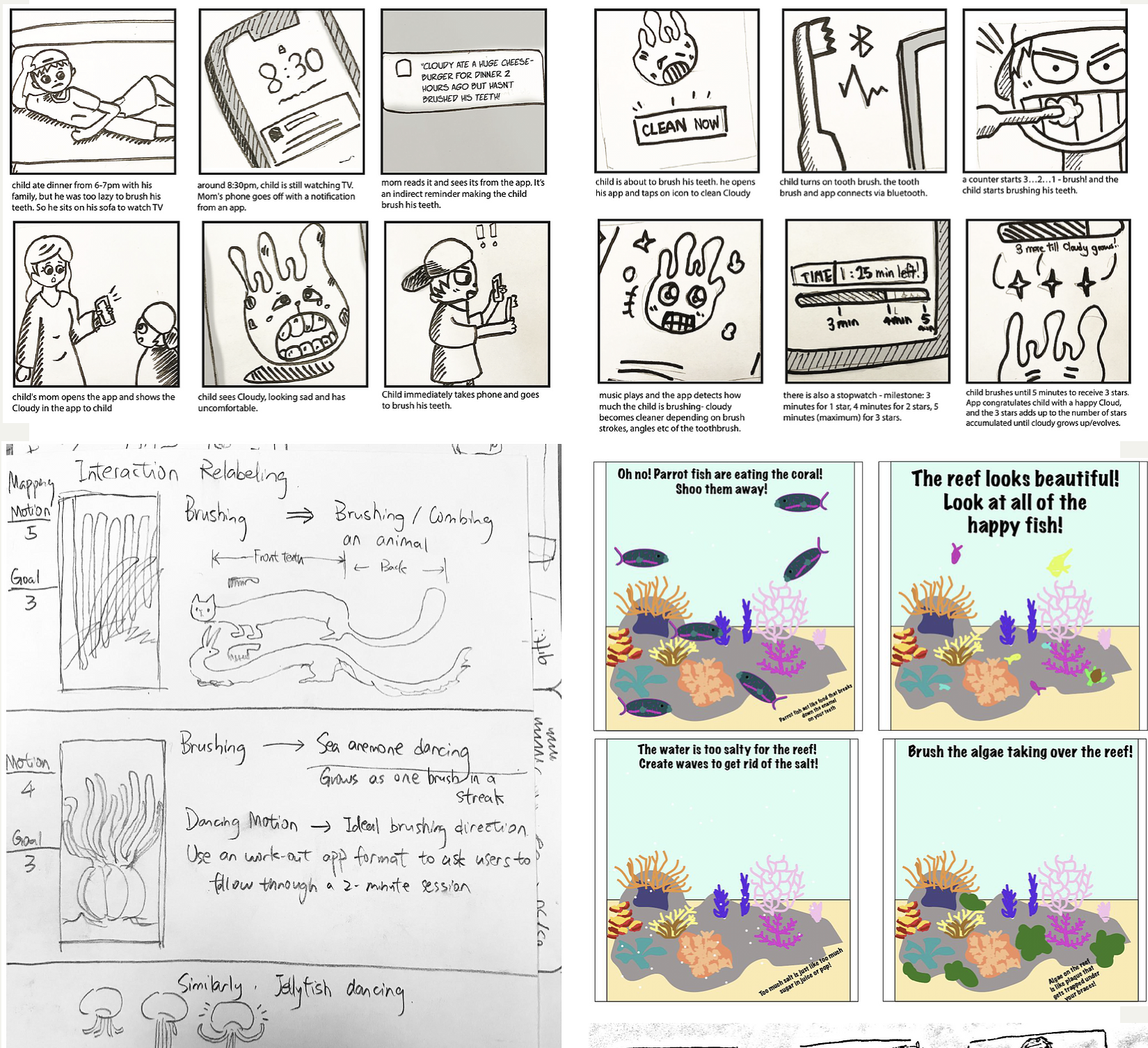 My role during our lofi think aloud testing was to lead the sessions with by handing users corresponding screens as they navigated through the app.

​We were able to test our flow on children. Afterwards, By synthesizing our results, we identified two key points. The first was to use flashier characters and colors to actively keep children interested in the app, which we have begun to do. Secondly, we have to provide enough incentive for the kids to come back to use this app. Therefore, we decided to create a "storyline" with the game that will help create goals for the children to reach.

Looking back, I wish we could have animated the characters for a user test. This way, we could have seen how children would react to the character, Jim. However, I learned a lot about collaborating with teammates - we all contributed equally and had to learn how to communicate with each other on our roles and jobs. This project was later presented to UCLA Dental professors for a potential project pitch.